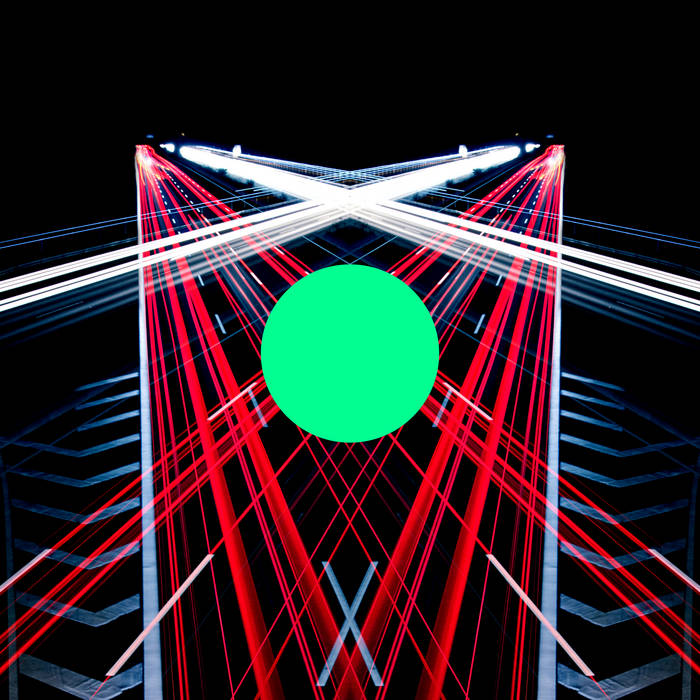 loljk Bits and pieces of kraftwerk, cluster, and neu. If you like krautwave electronic music this album is really good. Favorite track: Pulsing.

RossQuan Amazing! I love Andy's guitar work, but this is something else. Got totally lost in my own mind listening to this Favorite track: Kolokol.

godlike Andy is truly a legend. From his first albums with Ride to his time with Oasis and Beady Eye, Andy has proved just how great of a musician he is. Absolutely fantastic work! Hope to see more in the future. Favorite track: Pulsing.

RIDE’s Andy Bell is in for a busy year. As well as releasing a new album with the revitalised shoegaze legends (​This is Not a Safe Place​, out on Wichita Recordings in August), Bytes is proud to announce the
first physical release of his solo recordings under the alias GLOK.

The bulk of the tracks were slipped out anonymously a couple of years ago, until Andy finally broke cover to reveal that he was the man twiddling the knobs in an interview with ​Clash​ in May 2017. “I didn’t want people to be hearing the first tunes with a picture of me, a middle-aged guitarist, in their heads,” he explained. “I wanted the music to exist outside of any preconceptions, at least for a few months.”

Avid RIDE fan and Bytes co-owner Joe Clay fell in love with the music before discovering that GLOK was Andy. It was destiny for the tracks to end up being released on Bytes, with two unreleased tracks joining the five already available, with the whole album remastered by Keith Tenniswood to stunning effect.

The name GLOK is a misspelling of the German word for Bell. The German connection fits well as there is a strong Krautrock influence in the music, especially on the title track, ‘Dissident’, an epic clocking in just shy of the 20-minute mark, which blends synthwave, minimalism, trance, Detroit techno and John Carpenter soundtracks, with Andy even dropping in some killer John Squire-esque guitar licks. It’s a real journey, but rather than driving down Kraftwerk’s Autobahn, this is one for a spaced-out night time joyride down the M40 that connects Andy’s home city of Oxford to the capital, a journey evoked in the grid of time-lapsed car light tracers of the cover art (by Graeme ​Swinton​).

The previously unreleased ‘Kolokol’ is named after the Russian for Bell and was the original artist name for the project, until Andy discovered it was also the word for a chemical poison used in assassinations. However, there is nothing dark about this blissed-out slice of Balearic gorgeousness, the perfect soundtrack for the sunset at Café Del Mar. ‘Pulsing’ is the heart of the album, a widescreen ambient techno wonder that Weatherall and Fearless would be proud to put their name to, with dissonant atmospherics and an acid throb.

The next three tracks demonstrate Andy’s versatility, nodding more to his day job as his sublime guitar playing comes to the fore. ‘Weaver’ is like a Ghost Box remix of the Beatles’ Strawberry Fields Forever; the propulsive ‘Projected Sounds’ has echoes of Neu! and Can in its buzzing guitar and hammered piano melody, while the soaring acoustic bliss of ‘Cloud Cover’ could be a RIDE track shorn of the band’s Byrdsian vocal harmonies. Closer ‘Exit Through the Skylight’, another previously unreleased track, is Skee Mask on the happy pills.

outré black metal, with a Victory Over the Sun interview and music from Liturgy and Jute Gyte.